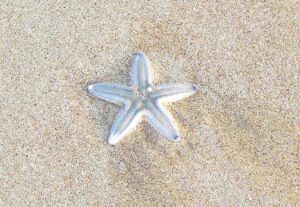 Starfish on the beach

BOND, the UK network for organisations working in international development, published its most recent survey of non-governmental organisation’s (NGO’s) financial situations on October 7, 2020. On current financial projections, the survey found that only 52% of organisations can see themselves operating beyond the next 24 months. 24% of organisations expect to close within the next 12 months unless the funding picture drastically changes.

Small and medium-sized organisations are most at risk. Only 29% of small NGOs expect to be operating in two years.

In this context and given the dominance of people costs in this sector, it is not at all surprising that international NGOs are looking to enhance the effectiveness of their staff selection methods. One change, reflecting this trend, is the now widespread adoption of behavioural interviewing.

Behavioural interviewing (or competency-based interviewing) is becoming an increasingly popular approach to candidate assessment. This growing popularity is founded on the premise that what individuals did in the past is likely to be a good predictor of future performance. Perhaps that’s not a bad assumption – though it does rather overlook the impact of different contexts, varied team contributions and, sadly, the possibility that we learn and develop through what we do!

The search for evidence

The behavioural (or competency based) questioning technique is, however, much better than asking hypothetical questions (E.g., “How will you handle…,”). The behavioural interviewer will ask more specific and focused questions (E.g., “Describe a time when you had to…”) inviting the candidate to provide concrete examples of desired behaviours from the past. For example, instead of asking an interviewee, “How will you deal with a team member who is not pulling his weight on a project?” an interviewer using the behavioural technique may ask, “Describe a project where one of your teammates was not pulling his or her weight. What did you do?”

The association with key competences or behaviours in action

To select the most appropriate questions to use, an interviewer will have identified the behaviours associated with success in the job being recruited to. He/she then decides on a series of questions which typically begin:

Through asking this initial behavioural question the interviewer generally expects the candidate to talk about four aspects of their experience: (1) what the Situation was, (2) what their Task was, (3) what Action they took, and (4) the Result. These four aspects give rise to the most common name for the method: the “STAR approach”. Each letter of the STAR mnemonic is associated with one of the four parts of an ideal candidate answer: “S” for their explanation of their “situation”; “T” for the “task” they undertook; “A” for the “actions” they took, alone or with others and “R” for the “result” (or the outcomes) achieved.

In my career coaching, I find that clients frequently rush to begin answering the question and I frequently have to counsel them to pause and consider some questions of their own. Let me explain in more detail …

The initial statement, before the question itself, provides the candidate who is listening carefully with a window into the interviewer’s expectations about the most desirable type of answer. In our example, the interviewer has told the candidate what they believe to be the valued characteristics of good problem-solving. There would be little point answering this interviewer’s question with an example that did not demonstrate ‘careful review of the facts and weighing of the options’.

That is not to say, of course, that your answer shouldn’t refer to the need for a swift and timely decision or demonstrate other ways in which you added value!

When hearing the question, the candidate will need to be engaged in some ‘deep listening’.

For example, let’s examine this well-known leadership question: “Have you ever had to define yourself amid criticism, and did you succeed?” Whilst we can’t be certain of the interviewer’s intentions, this question provides the candidate with an opportunity to talk about their demonstrated ability to listen to feedback, to adapt as a manager, to lead teams well and to persuade others … alongside other obvious leadership capabilities.

Answering a question: Using the STAR technique to narrate an experience

Every answer should address the capability in question. The response should be based on an experience from a previous job assignment, project, academic study, or community work. As the interview progresses the candidate should aim to present a diverse range of experiences and each answer given should follow the STAR. Use the four STAR steps:

These supplementary questions may be phrased like any of these examples:

Much advice given about candidate preparation for a behavioural interview tends to focus on the initial question. Whilst this is helpful, it is the – typically more focused – supplementary question that packs most of the investigative power. So, as you prepare for your interview, consider what supplementaries might be asked and prepare for these also.